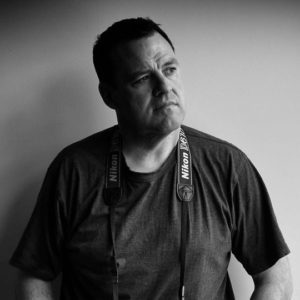 Tony Carter, was born in Inglewood ,Taranaki, New Zealand in 1967 and grew in small towns right around Mt Taranaki, He was educated at Stratford High and Taranaki Polytech in New Plymouth, studying to become a Professional Photographer. As a teenager Tony developed a keen interest in photographing Motocross racing, While living in England during 1989-1991 on a overseas experience, he took an extended night course in Photography at South Devon College, Devon, UK. He trained as professional portrait photographer with Margaret Bake in New Plymouth from 1991-1995, where he now has his own studio.